Robot Hero is a mobile game of Roguelike Action genre that lets a player control a robot who has to defeat numerous enemies on different planets across the galaxy.

Welcome to the Lost Galaxy, Lone Robot! The war has begun, and you are the only force able to resist and defeat the oncoming waves of evil creatures and machinery. Never give up and remember: if you are defeated — you will have to start your adventure all over again! So be careful!

* Use a vast variety of unique skills and combine them to defeat enemies.
* Explore mysterious planets full of hostile creatures.
* Level-up and equip yourself with powerful weapons to increase your strength.
* Meet thousands of never-seen-before monsters, mind-boggling obstacles and powerful bosses! 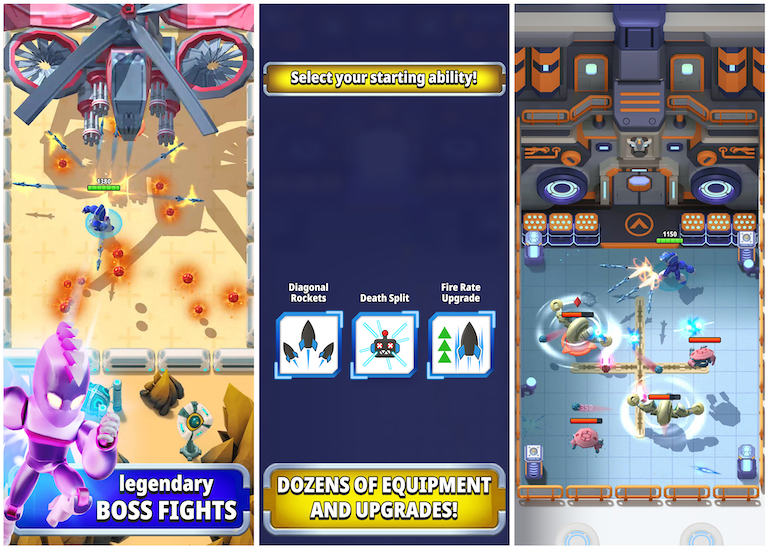 Step up, stack up awesome skills, set up your ammunition and fight like the fate of the Galaxy depends on it!

This game is simple to play and extremely addictive.